Modern Lives, is an immersive performance environment, which can be described as a choreography of daily life. The performance is designed to engage the many sides of self and perceptual dynamics, and is based on the artist’s mother who, in the early 2000’s, took on the alter ego Mrs. Gyllendaal Af Berntas, a goldsmith’s widow from the 1860’s. The alter ego’s in Modern Lives engage the repetitive structures of trauma; a compulsion to repeat and re-engage the events of the original source. The work occupies the tensions inherent in pretending to live in another time, because the time you are in is incomprehensible.

Sequences of domestic manoeuvres are set into motion and repeat with no apparent end or true agency. Layered loops of redundant actions and reactions weave together to create an emotional landscape constructed through motion, time, and space; wherein identity, and self- construction are investigated through alter egos and phantom-bodies.

Commissioned by Lilith Performance Studio (Malmö, Sweden) in 2016, the performance consisted of various interlaced domestic spaces, each utilizing a high level of research and detail to convey an aesthetic from the late 1800’s; the time frame of the widows’ imagined context. Featured in the stage design were three identical kitchens, a salon, a maids room, and two exterior chicken coops inhabited by two sets of live chickens. The performers inhabiting these spaces consisted of three character types (performed by a total of 16 performers), a maid, a widow, and a farm boy. In the kitchens the performers followed the same scores while the widows in the salon had their own rules of interdependencies and gestures. Over the course of the performance the characters emerged as doppelgängers of doppelgängers – or rather ‘multigängers’; bootlegs and alterations of an already fragmented representation of a self.

Audience members were invited to walk around both the exterior and interior of the performance space thereby enabling them to switch between passive viewing to active implication; the performers of Modern Lives only acknowledged the audience through subtle gazes and minimal suggestive phrases that were designed to tempt a response but ultimately left no room for interaction. These gestures were intended to deconstruct the Victorian Body through a Feminist gaze, and addressed repressed sexual undertones. For example, the Maids were instructed to pay particular attention to women, through subtle flirtation, and rebelliously chew and discard their gum on the walls in an obsessive and repetitive way (the gum referencing Hannah Wilke’s vaginal chewing gum sculptures), while the salon widows would expose their bare pedicured feet to the audience asking for rubbings. At a closer look however,  the performers would reveal themselves, just like Mrs. Gyllendaal as contemporary characters “pretending to be stuck in the past” as they would i.e. utilize a mobile phone, and current day body-lotion.

The performed series of hypnotic choreographies were designed to appear familiar at first glance but were ultimately surreal in nature. In essence Modern Lives functioned as a system designed to embrace the fragmentation inherent to a traumatic disorienting mental environment. 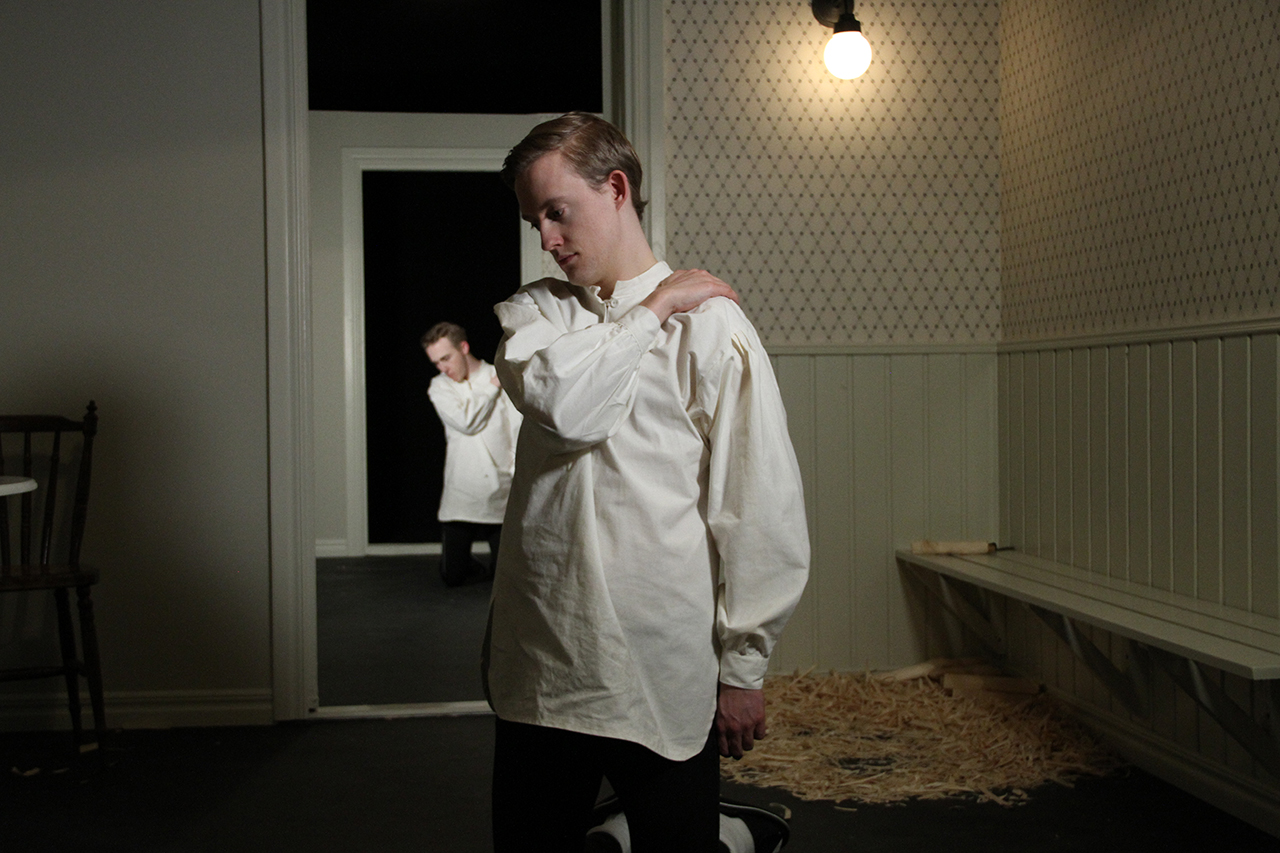 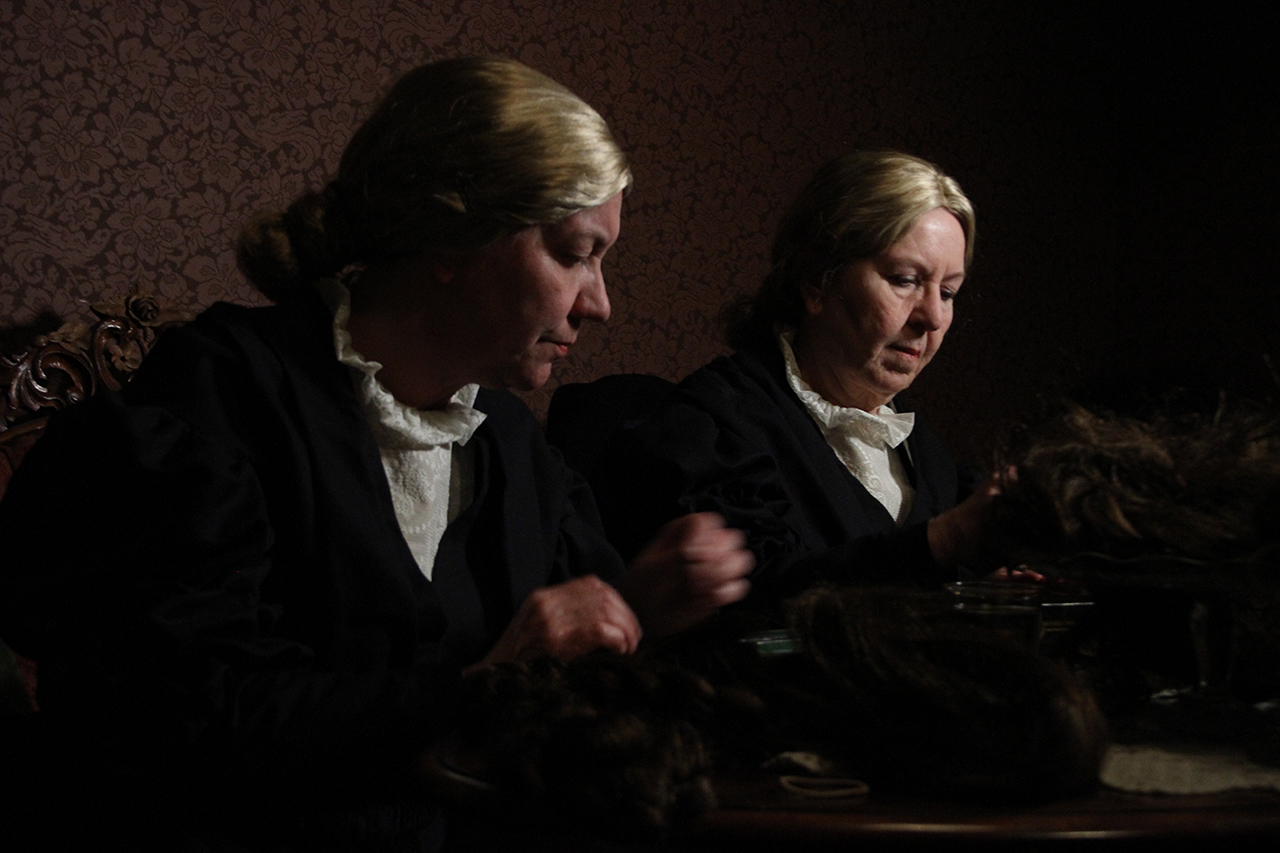 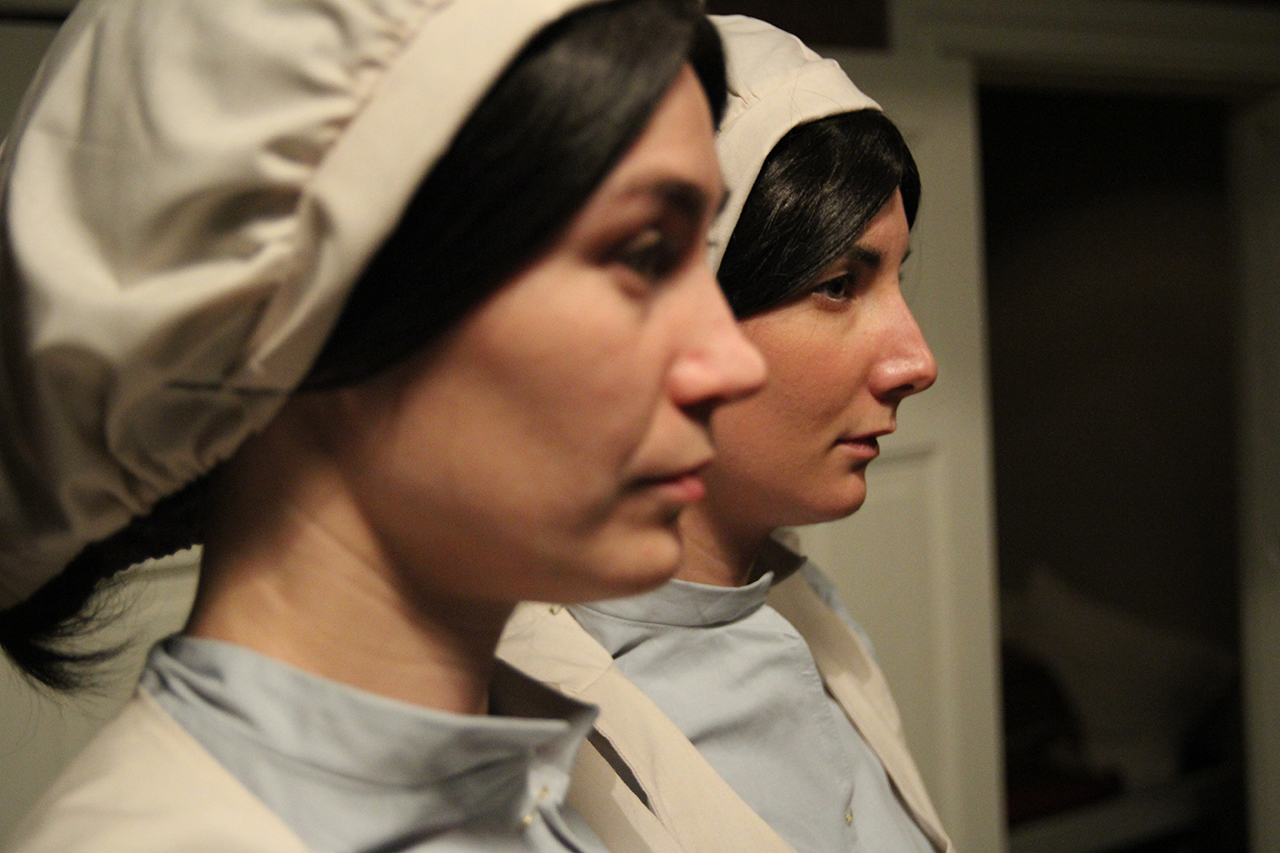 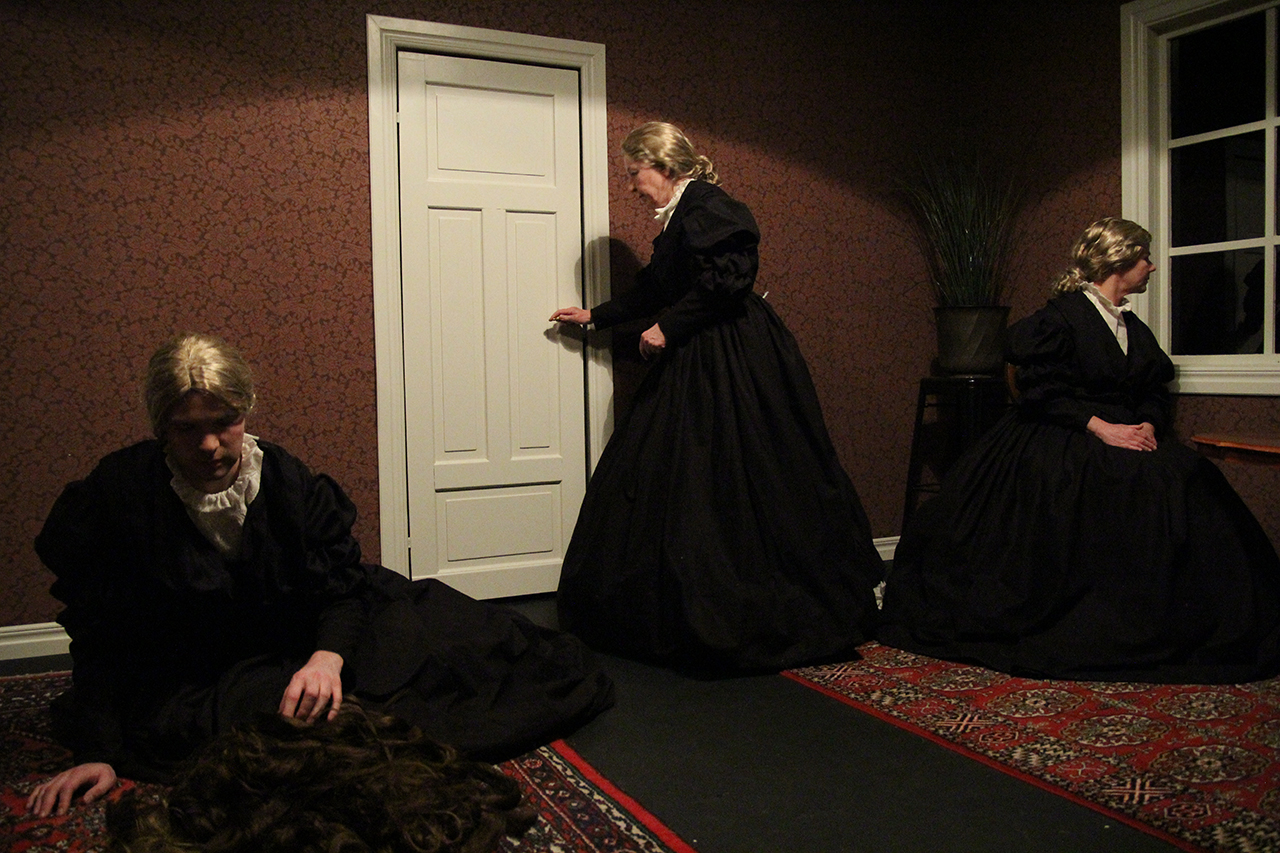 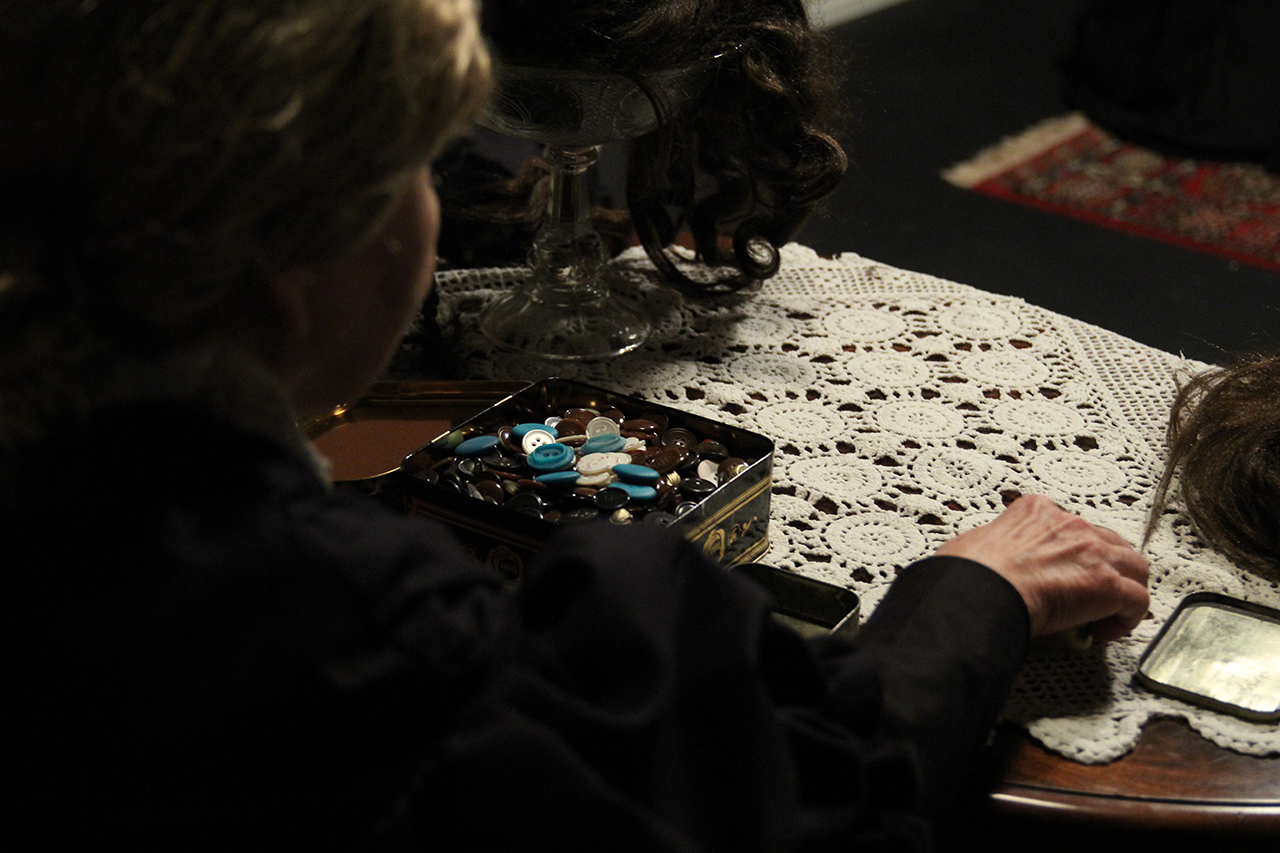 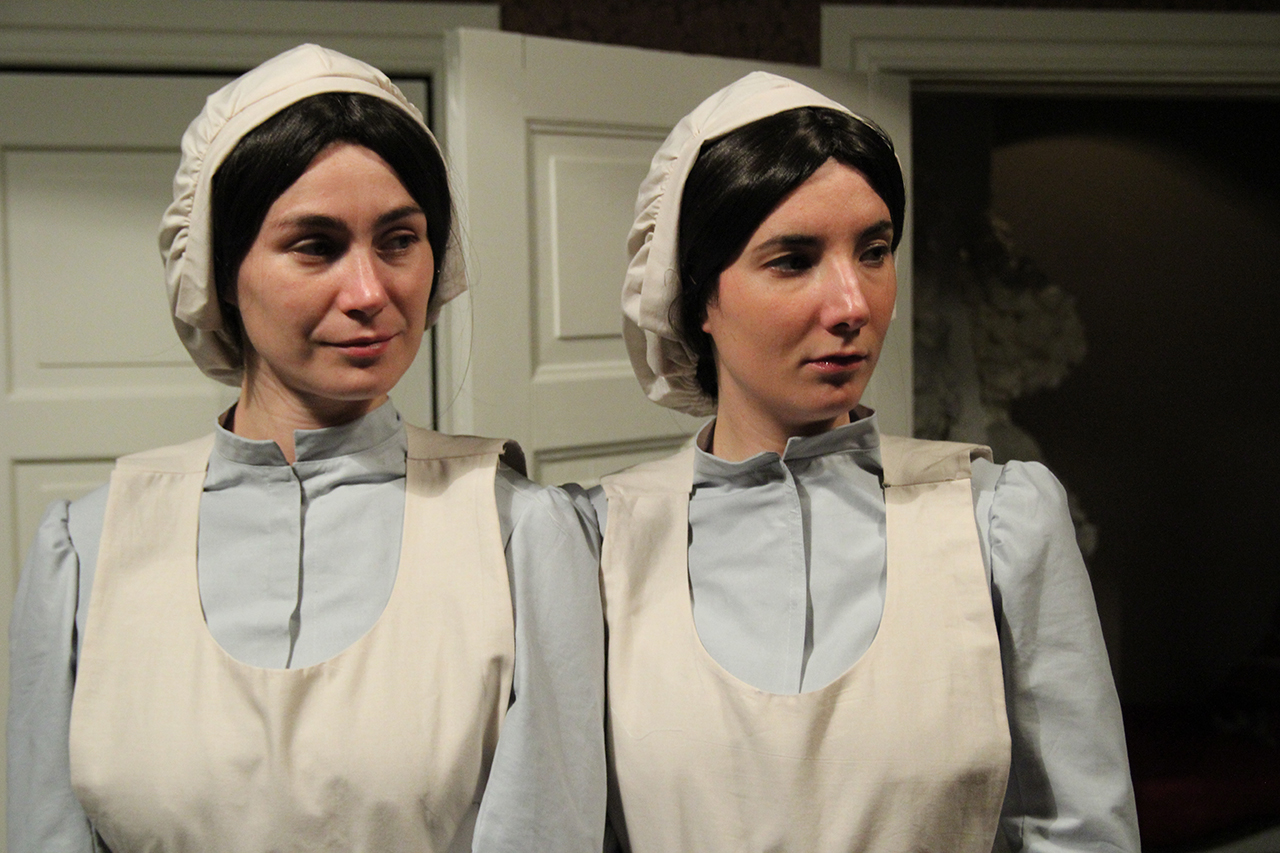 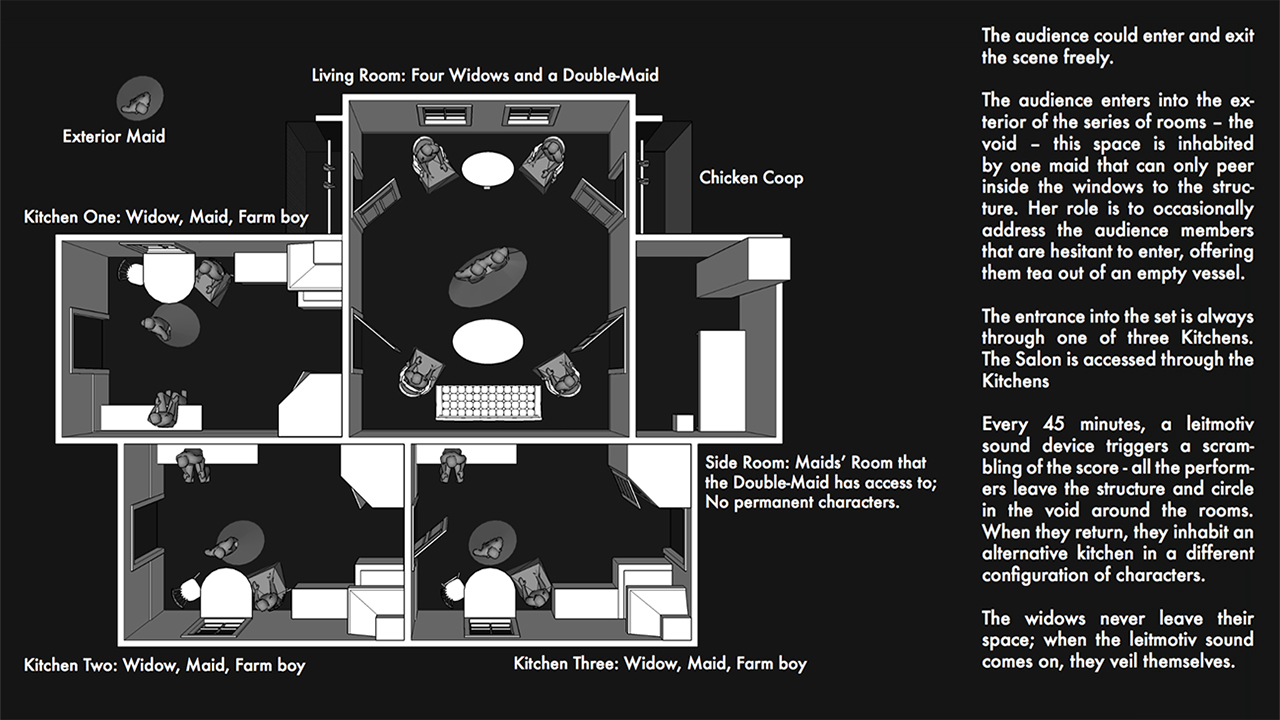