Related Primates was a 3-hour “directed experience” that took place in the Pogo Bar and surroundings, at Kunst-Werke in Berlin. The ocasion ridiculed the bombardment of exploitative contemporary self-care promotion, while simultaneously encouraging a more visceral embodied experience. Participants were asked to commit to the entire duration of the experience, and give away any screen or mobile device, to take part.

The Related Primates 8-member cast guided the audience with exaggerated care – beginning with a grotesque meditation, then offering them copious amounts of soup, to lead them through an introspective body-fixated voyage. The Primates inundated the audience by performing ritualistic chanting with fierce concentration and in looping sequences, to press upon the viewer to make contact with their inner selves. An unavoidable tension between caregiver and receiver was created through a humorous infantilization of the spectator through excessive actions. These embellished gestures included: performative vignettes, participatory exercises, sculptural interventions and sensory stimulations using edibles, peripheral scalp messaging devices, sound and movement. This seductive and intimate state was interrupted at times by the archaic character and paternal force “Daddy Ding Dong,” giving way to a sinister but humorous eruption.

The performative program of the evening was developed through a process of ensemble rehearsals, which followed an open call. 8 primates were chosen through a walk-in audition. The rehearsal sessions, each a small 3-hour workshop of their own, occurred bi-weekly over the spring of 2017. During these occasions experimentations with empathy-related exercises, play- methods, animalistic-choreographies, and movement practices evolved into a language of temporary-being-togetherness. Within this framework, Related Primates mimicked the structure of a community theatre or an ensemble, where the final performance was representative of only one chapter of the entire process, while the costumes, ensemble paraphernalia and props made-up an expanded collection of artefacts of their own.

Rehearsals and performances were developed in collaboration with artist and choreographer Emma Waltraud Howes.

Costumes were made in collaboration with artist and designer Tea Palmelund 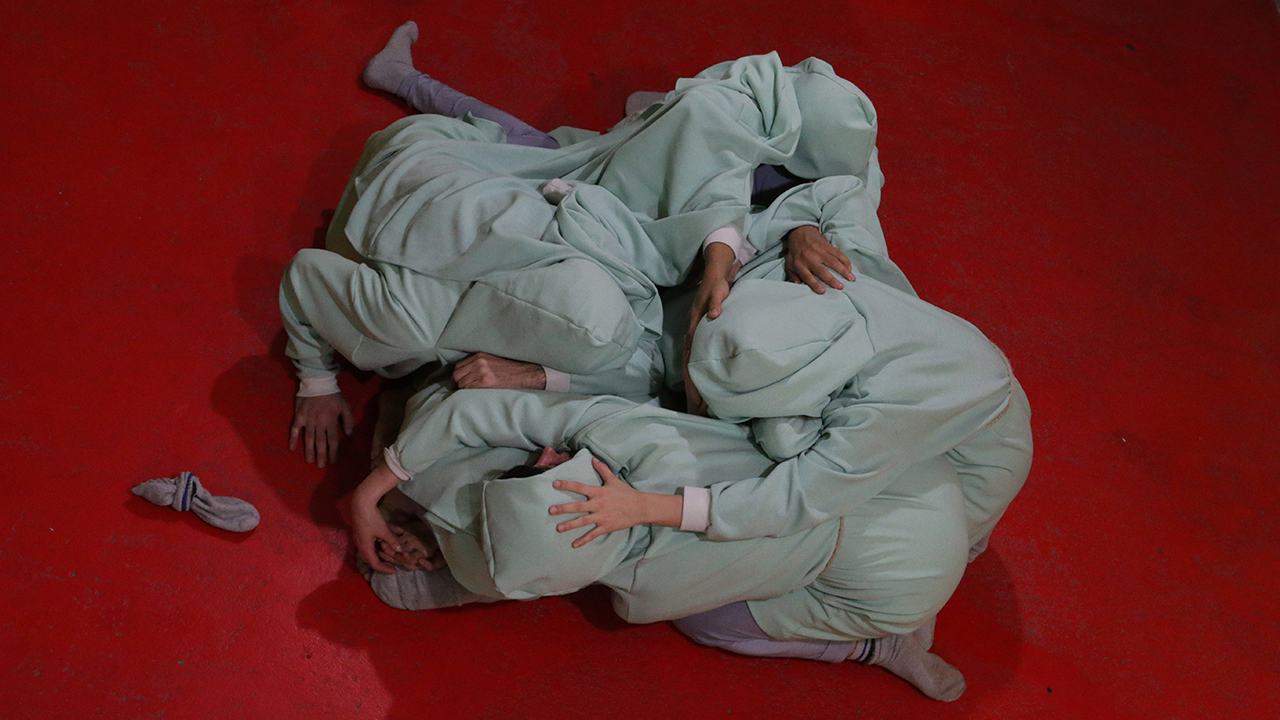 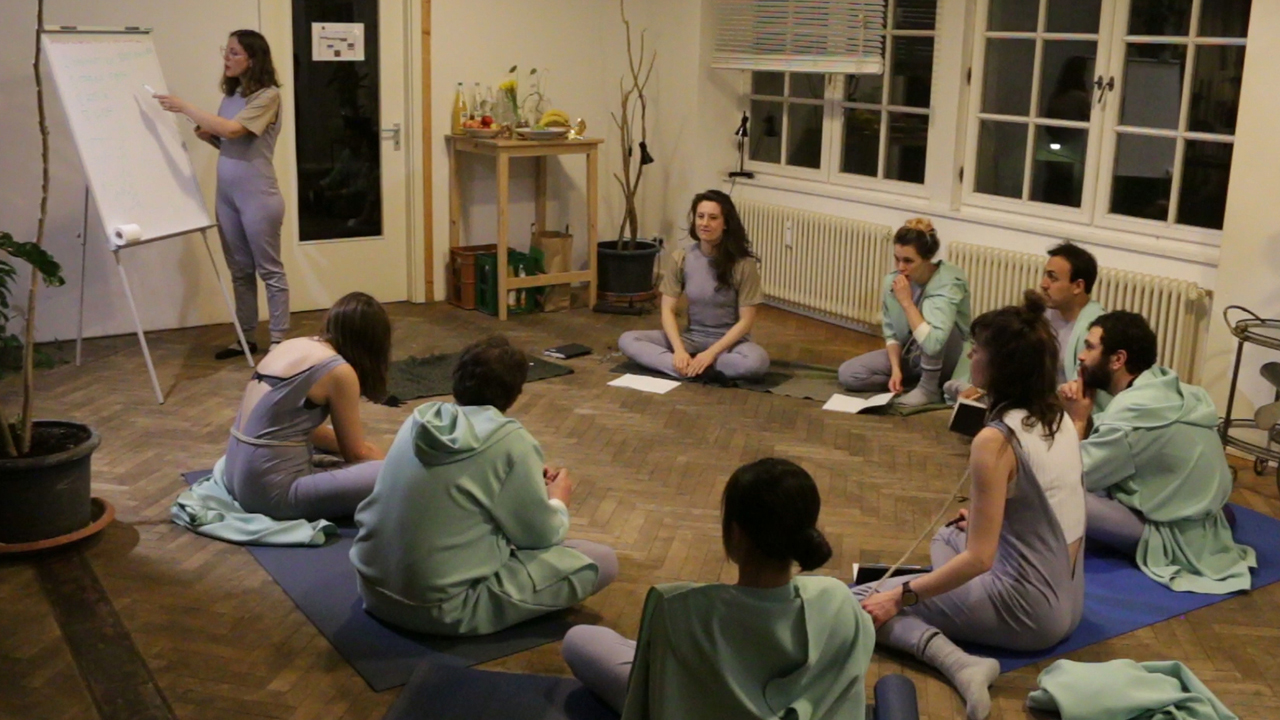 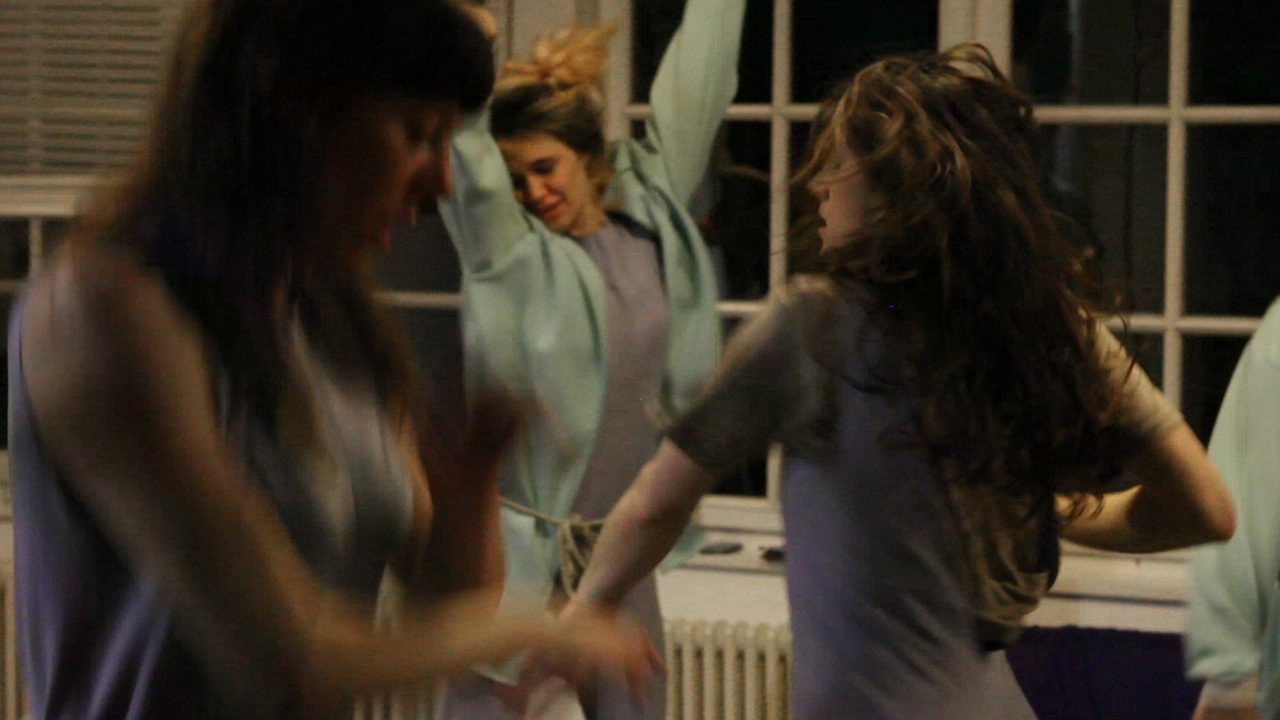 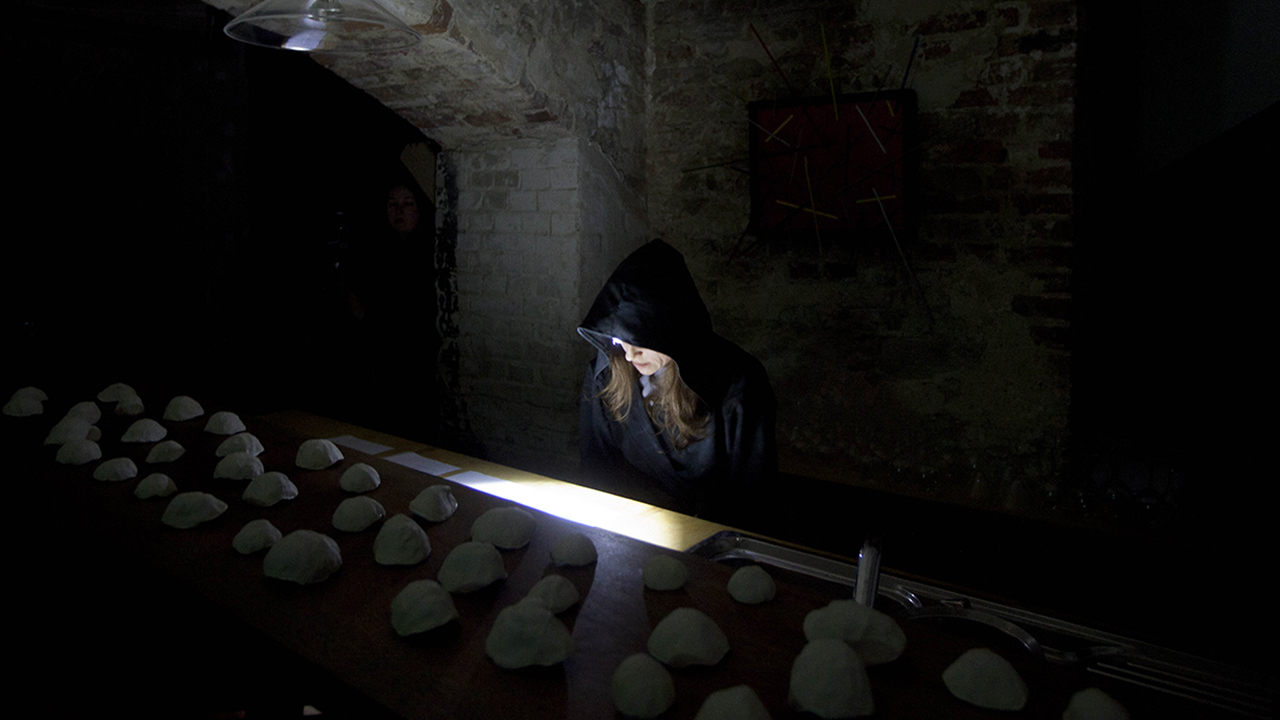 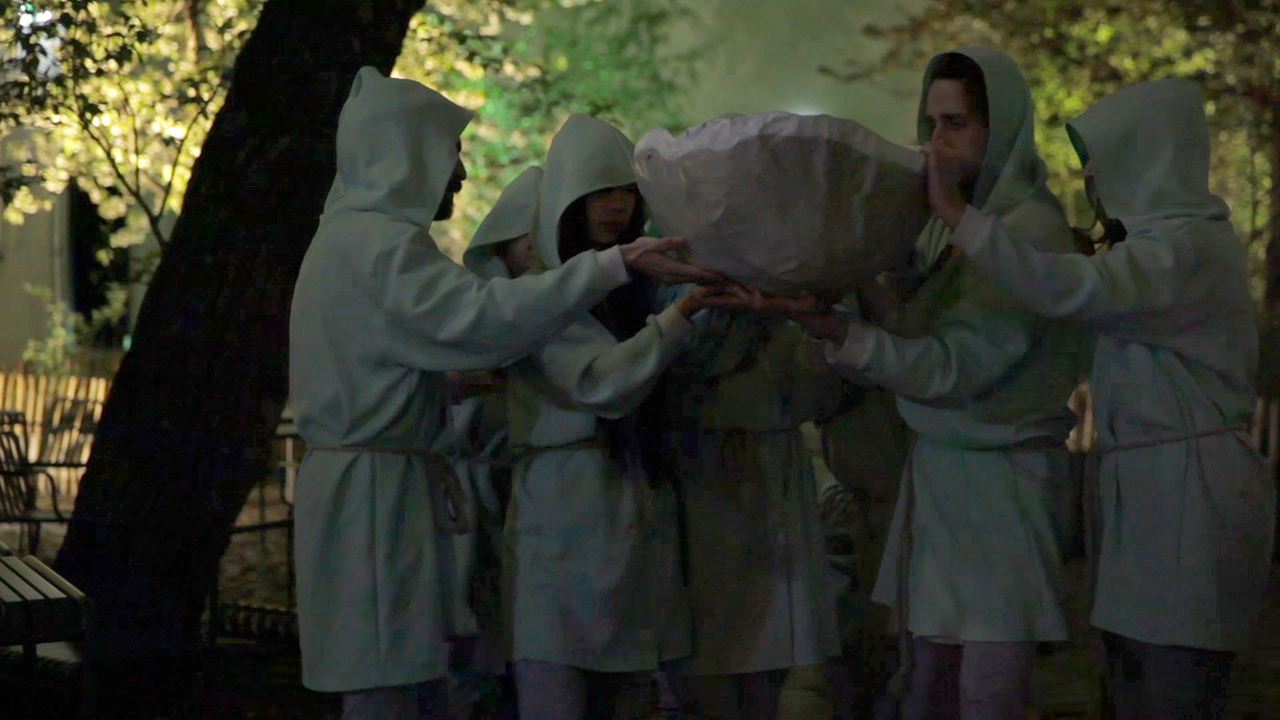 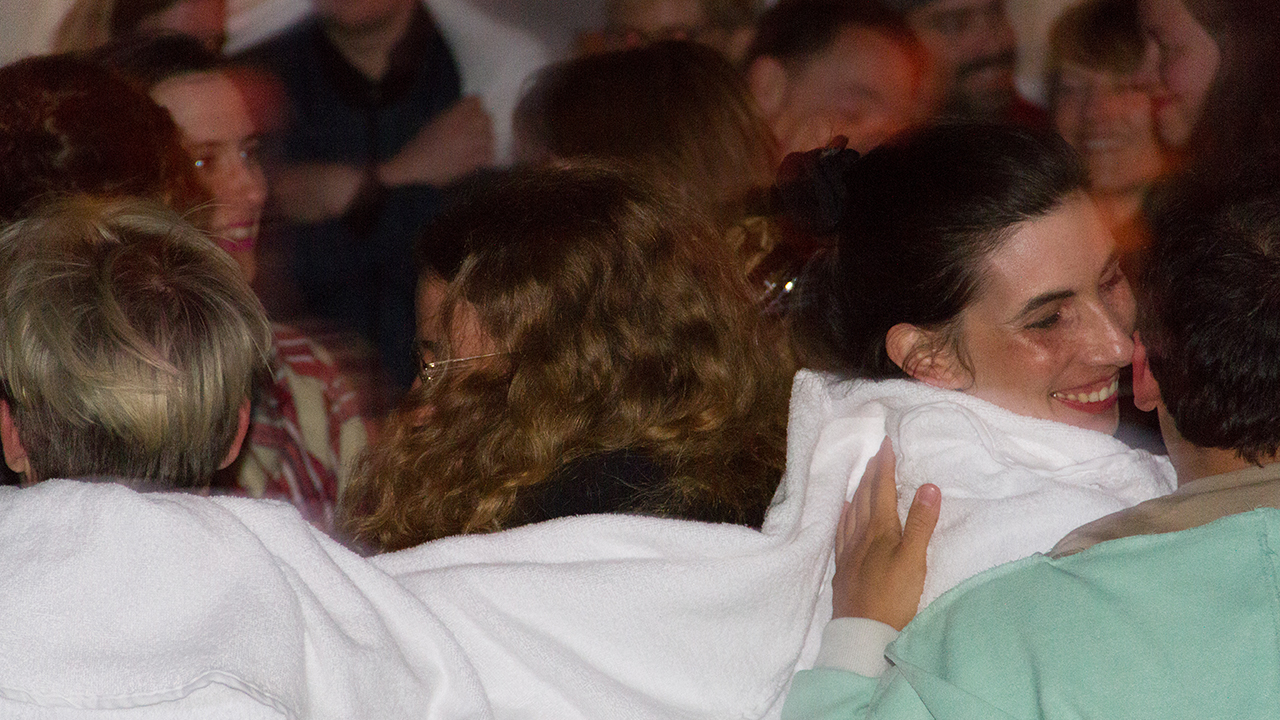 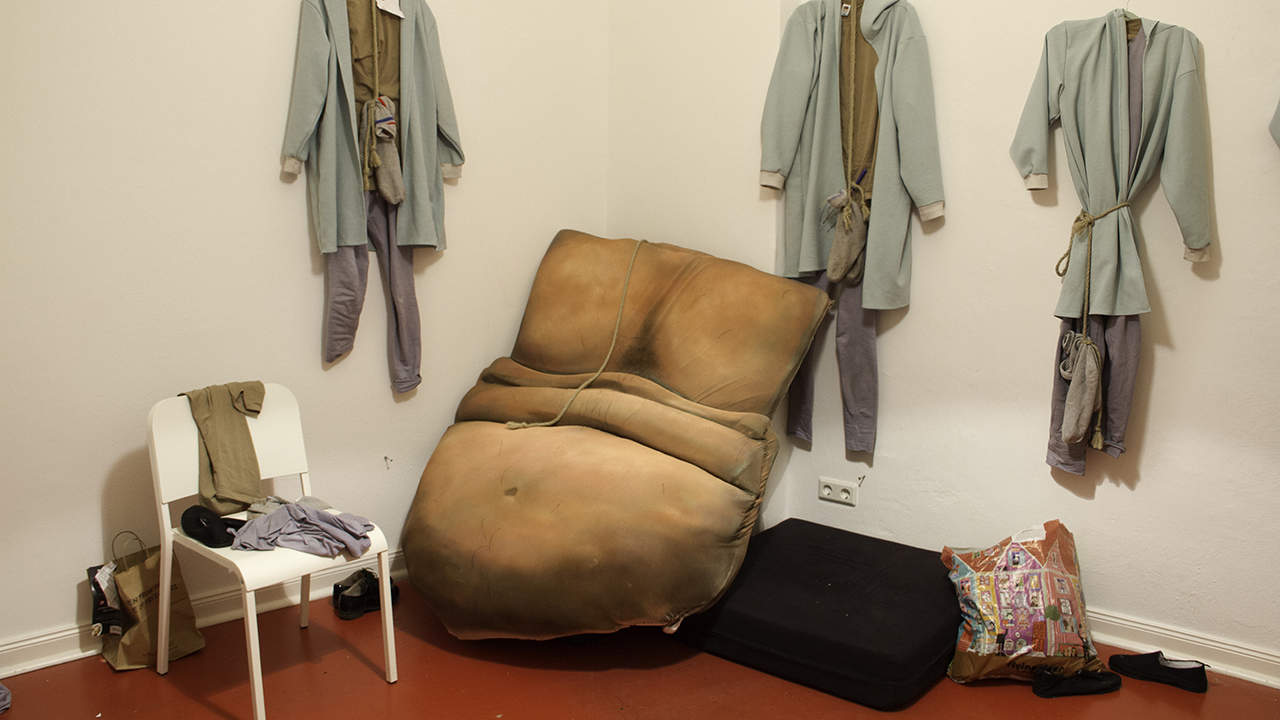 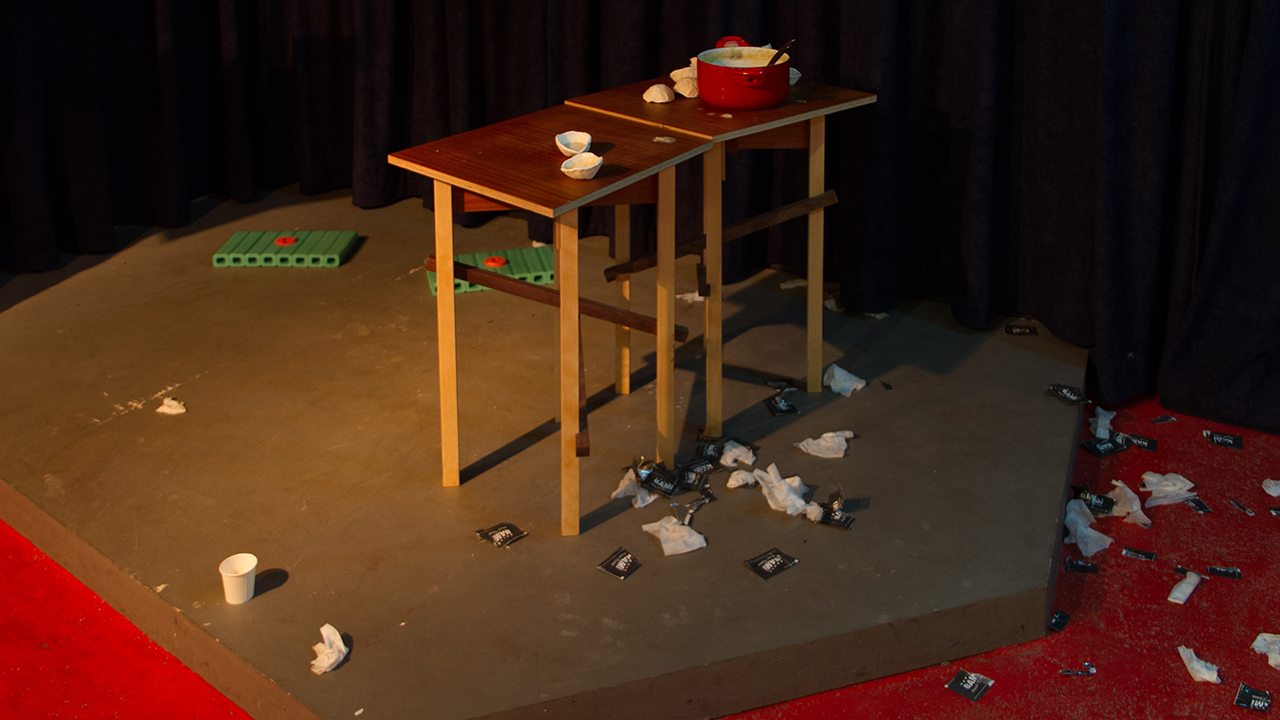