CONGLOMERATE explores the potential of the Television Network model, utilizing the organizational structure and output format of “television” while building a collectivity-focused network.

The project was founded in 2016 and run by a core team of members: Dafna Maimon, Christopher Kline, Ethan Hayes-Chute, Derek Howard, and Sol Calero.

Headquartered at the Berlin project space Kinderhook & Caracas and expanding to other venues where various television sets were created for selected shows, the project often utilized the immersive exhibition format to shoot original, collaborative productions which were assembled into 30 minute “Blocks” of content alongside guest artist contributions, and made available online at www.conglomerate.tv   The resulting channel-surfing experience puts the viewer at the whim of the network as their computer screen becomes the primary experiential location of the works. The audience is submerged into an idiosyncratic world, a disparate underbelly of sorts, unified through an overarching absurd, humorous, and viscerally seductive take on reality.

While the overall project was conceived of as a Gesamtkunstwerk, each video segment ties into and utilizes a different artistic practice or gesture. Through the multiple ways the different elements and modes of collaboration are woven together, the Blocks form a network of voices, perspectives, relations, skills, and collective affective labor. The varying degrees of involvement of CONGLOMERATE’s makers and contributors create platforms within platforms, or artworks within artworks, where one artist’s practice can be featured within another’s.

This flexibility and continuous shifting of vision and responsibility from maker to maker offers a new potential model for the sustainable and independent realization of larger art projects.  After producing five “Blocks” and two “Spills” as well as a yet-to-be released made-for-TV-movie, CONGLOMERATE wrapped up new productions in 2018. 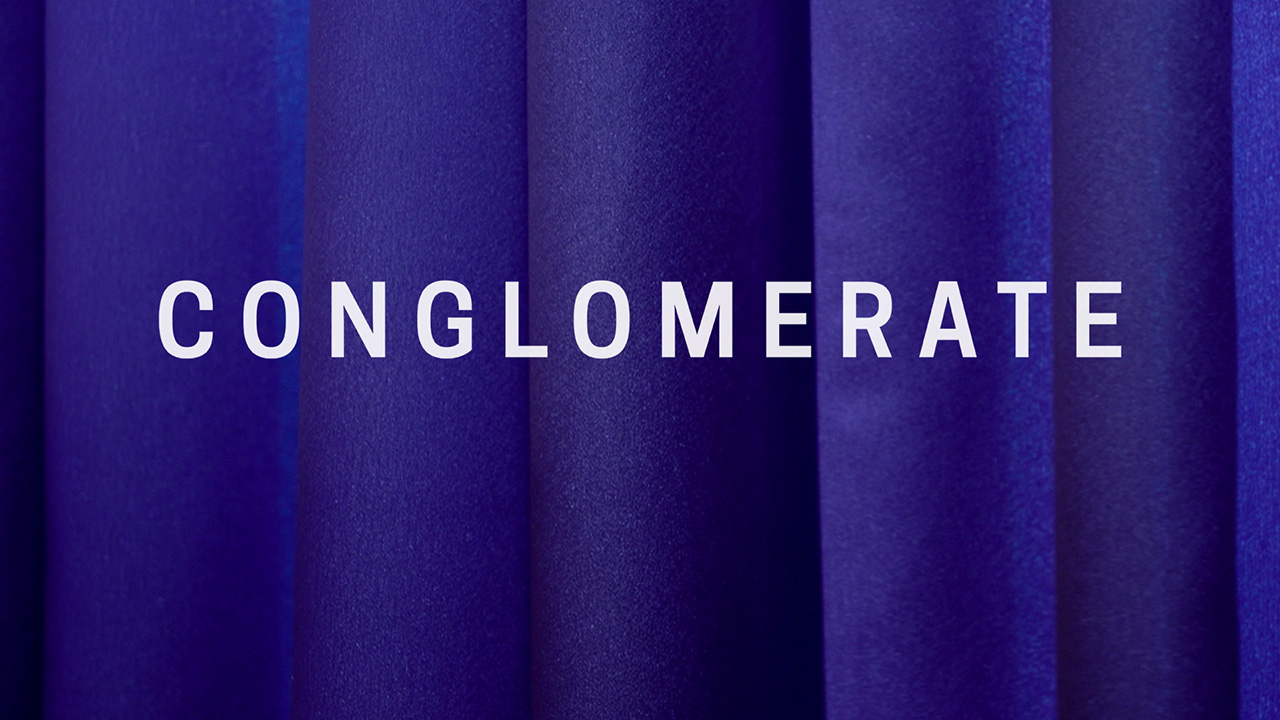 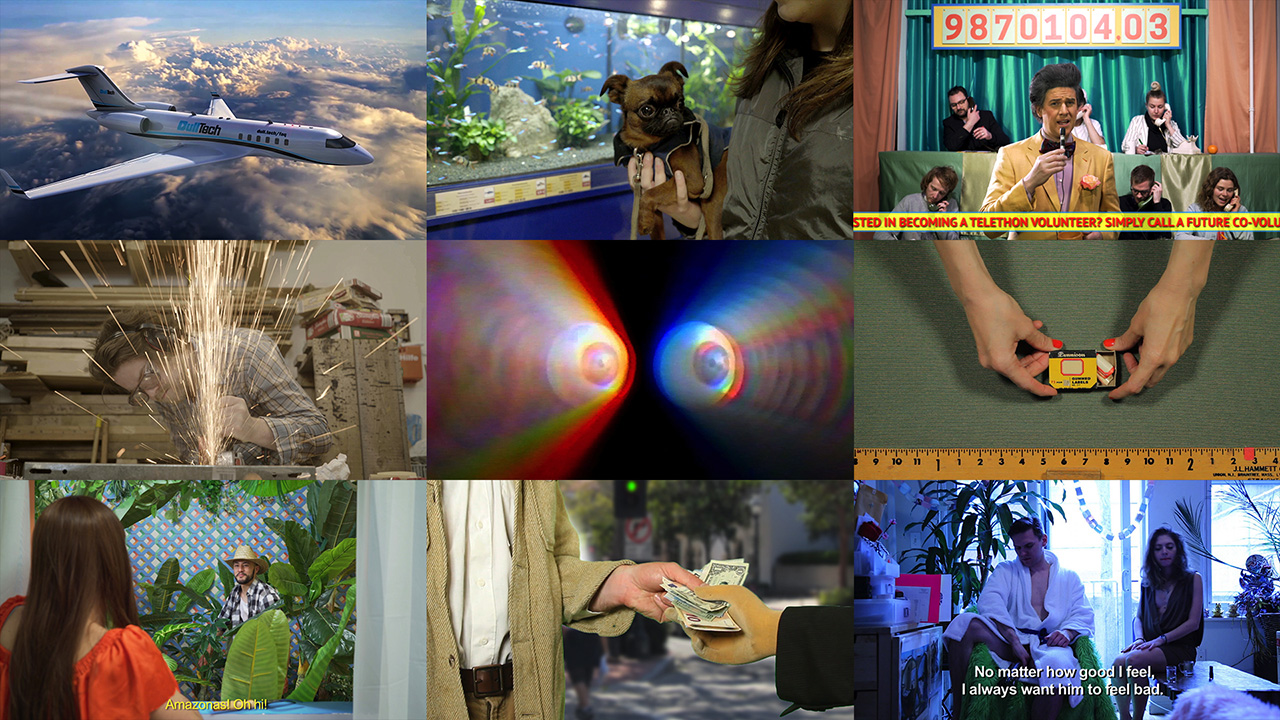 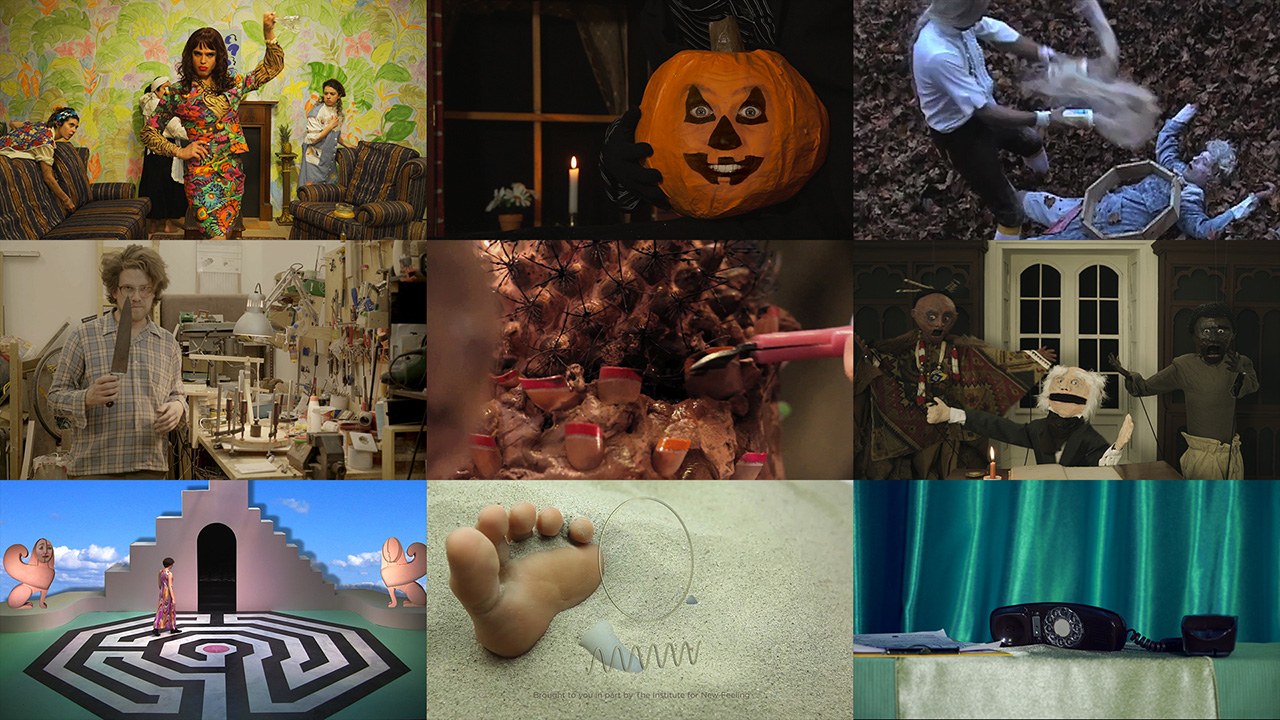