The installation is constructed and utilized for two main purposes; as a set and backdrop for the series of performances that take place within, and also as a space for viewers to be able to reflect on a micro-historical narrative of double-otherness; that of the female and of the immigrant position. The details of the installation map a personal yet ambiguous story that is contextualized through text-based interventions (much like how the video commercial used subtitles to hint at a broader and much more complex picture).

Hanging from the ceiling are floating plexiglas-and-styrofoam signs, in the colors of Coca-Cola, with absurd advertisement slogans written in “Kebab-Speak” that encourage the customers to embrace the power of the kebab and to consume as much as possible. The texts were based on sexist advertising slogans for products marketed to women in the 80s, combined with sayings from the artist’s father that were voiced throughout her childhood. While the 80s marketing language articulated the lack of self-empowering agency presented to women at that time (“Treat Your Kebab Right; Eat it! or “Finally, a Kebab That Takes You Seriously”) the use of the more personal “sayings” allude to another trauma; the temporality and sense of lack of safety that the immigrant experience carries within itself.“Life’s Short, Kebab’s Big” and, for example,“Spice the Time” stem from the sensation that one’s given circumstances, or life itself, can be snatched away at any given moment.

In each iteration of the installation, the restaurant was purposefully rebuilt as a fragmented environment composed of “islands” showcasing only moments of the restaurant’s interior. When installed at Gallery Wedding, all the street-facing windows were covered with flattened cardboard boxes, expressing the closing of the restaurant, while shutting the installation off from view to people passing by; instead, one had to enter the gallery space to see it. Inside, each “island” comprised its own scene of an imaginary play that the viewers could awaken in their minds. By being embodied in this space, the viewer takes on the role of a customer of a ghostly kebab-joint that has long since refused to serve anything but the possibility for reflection.

The Family Business Installation (together with the Orient Express video) was implemented as three solo-shows at: 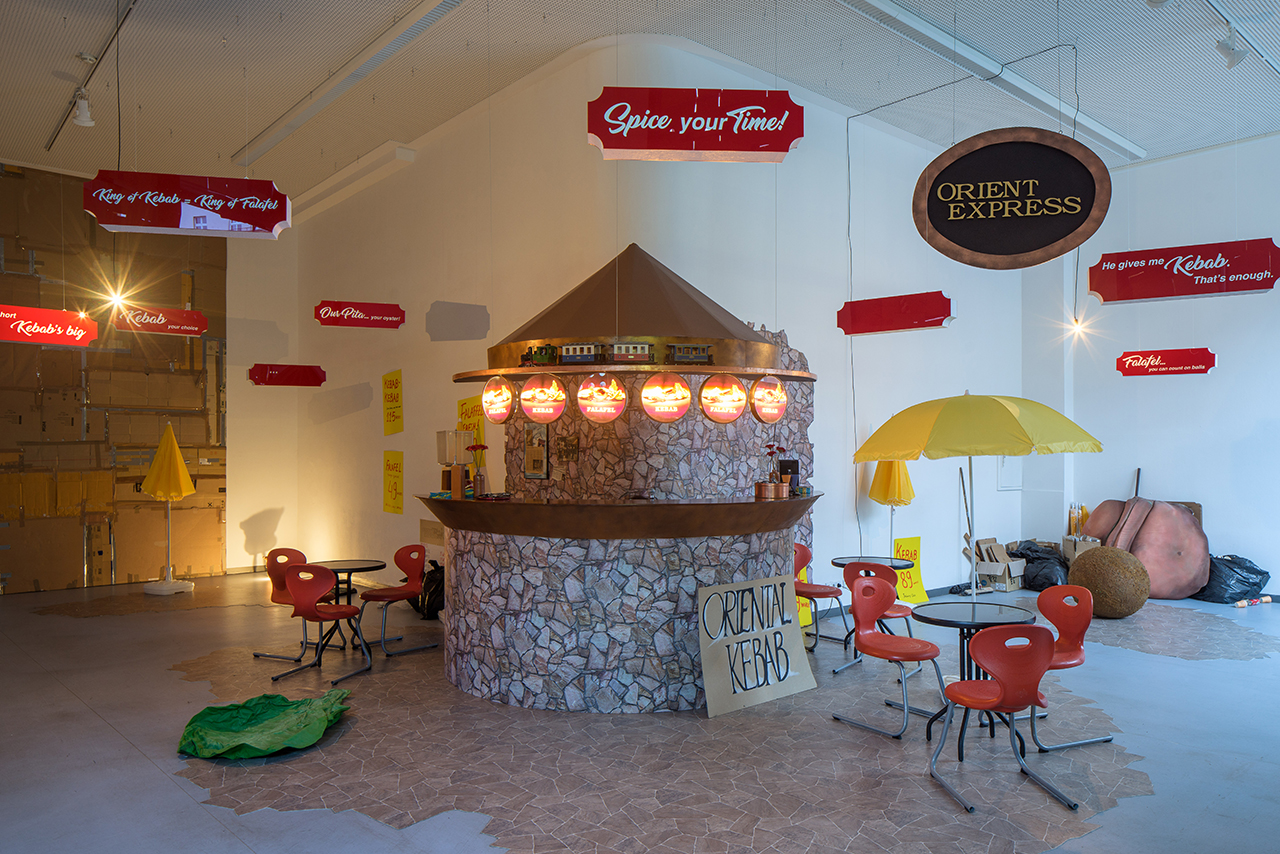 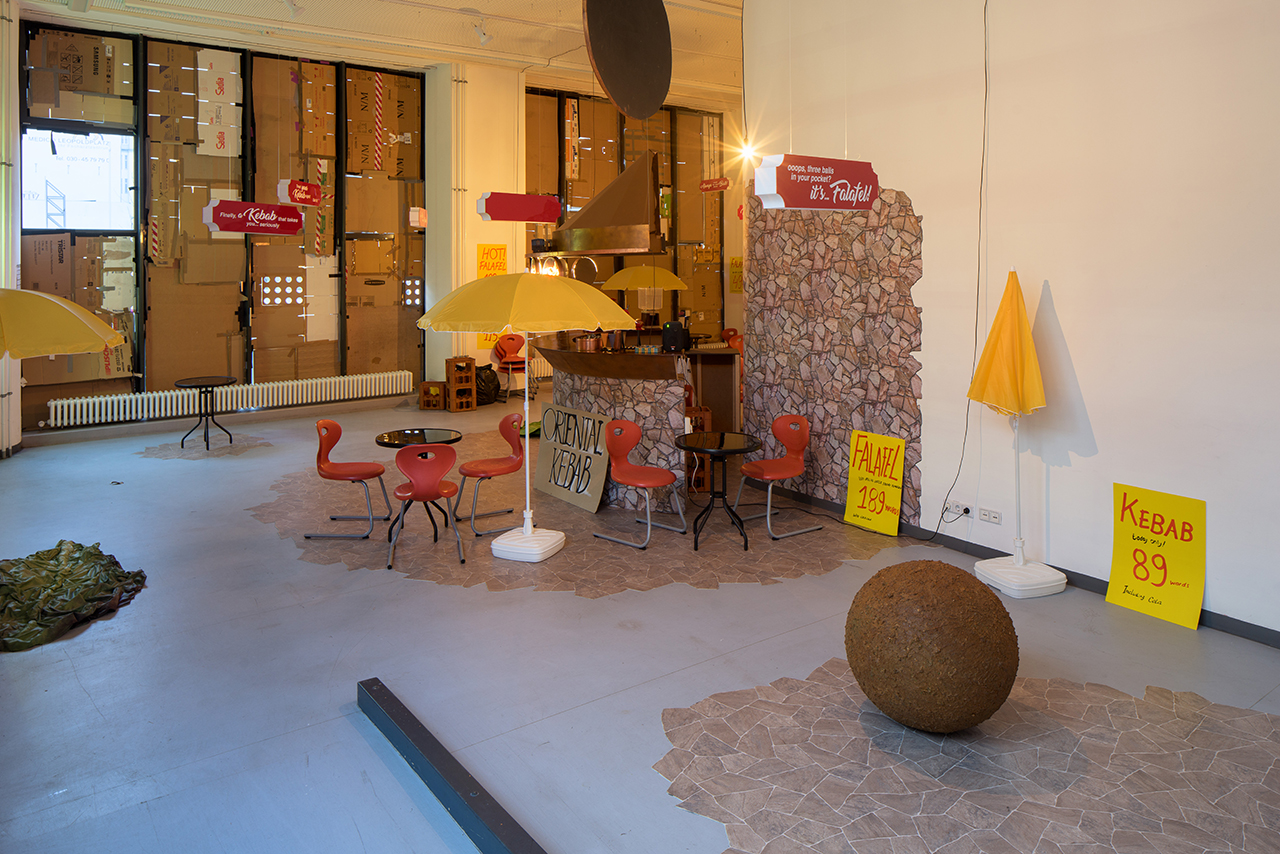 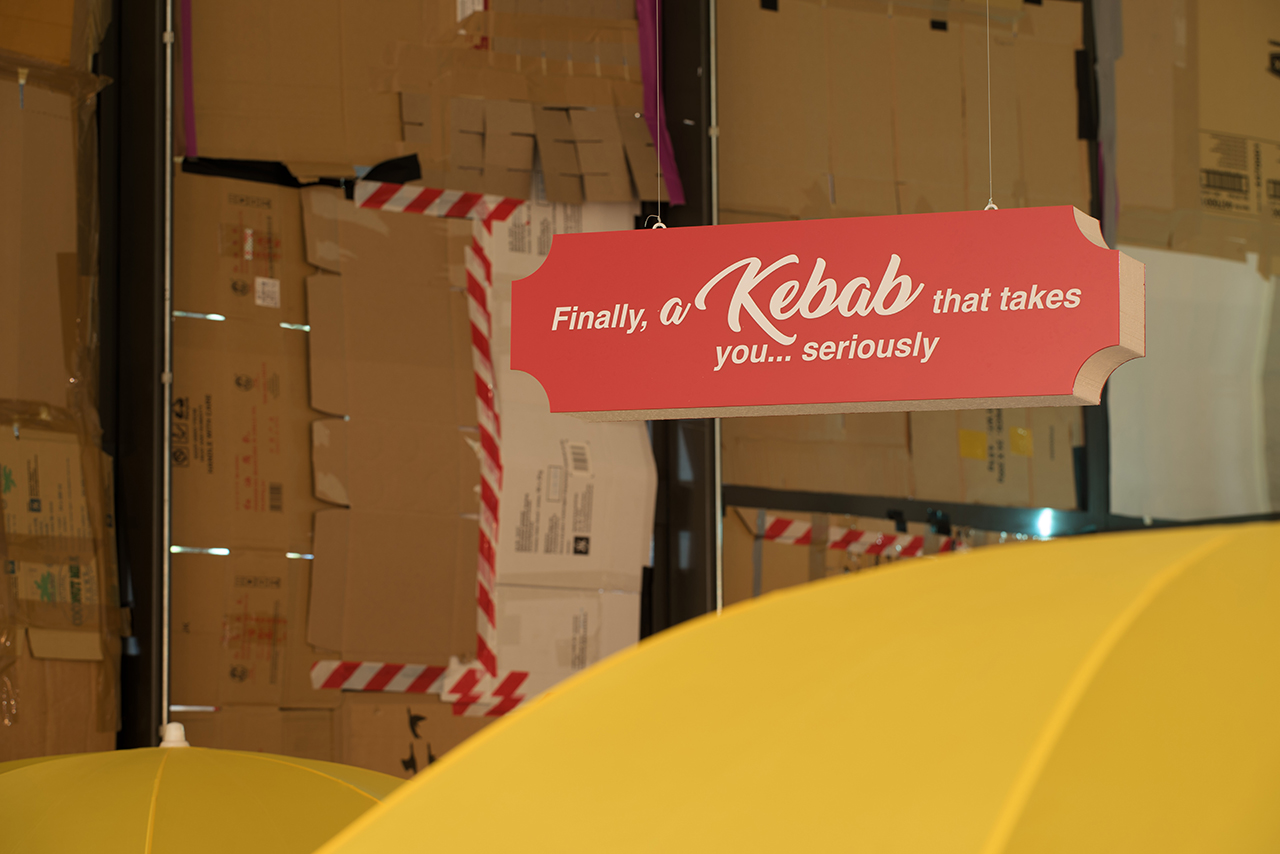 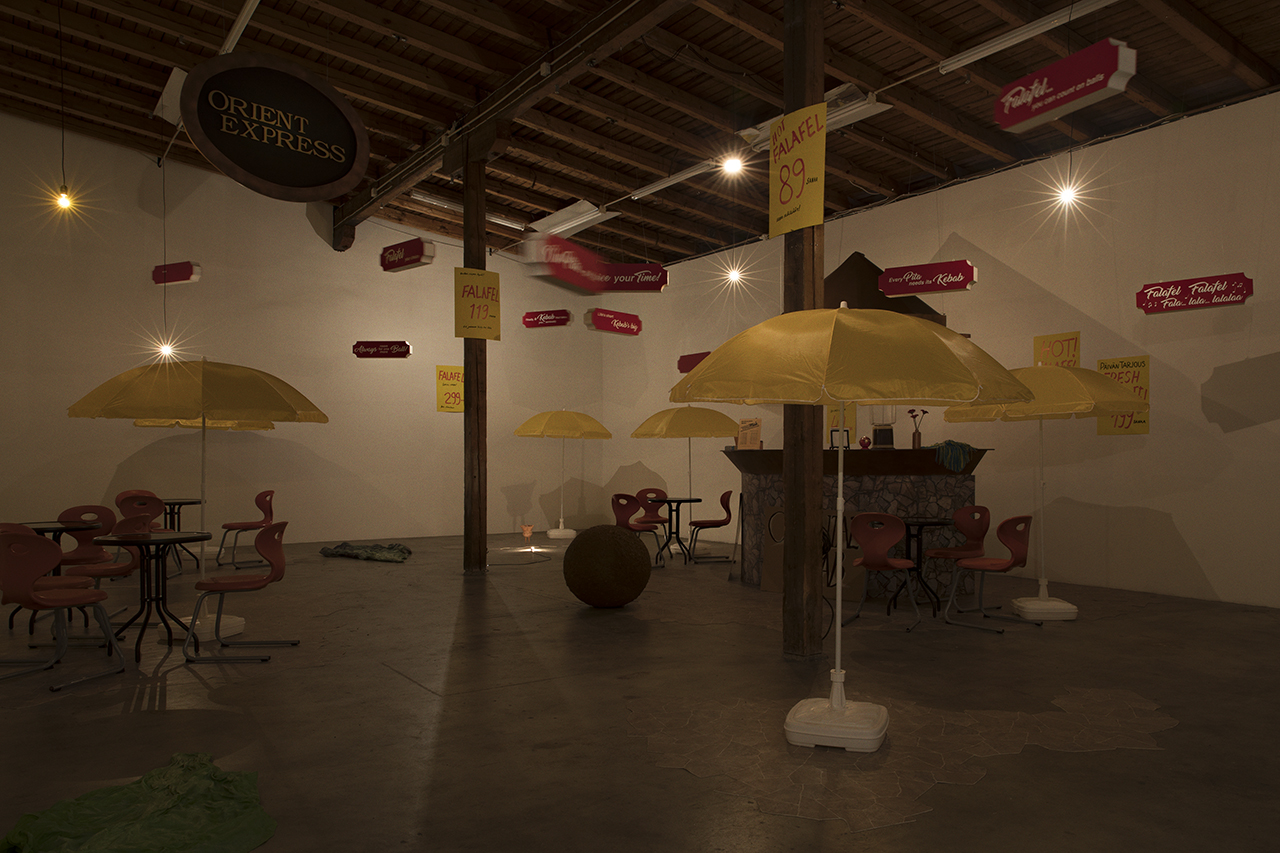 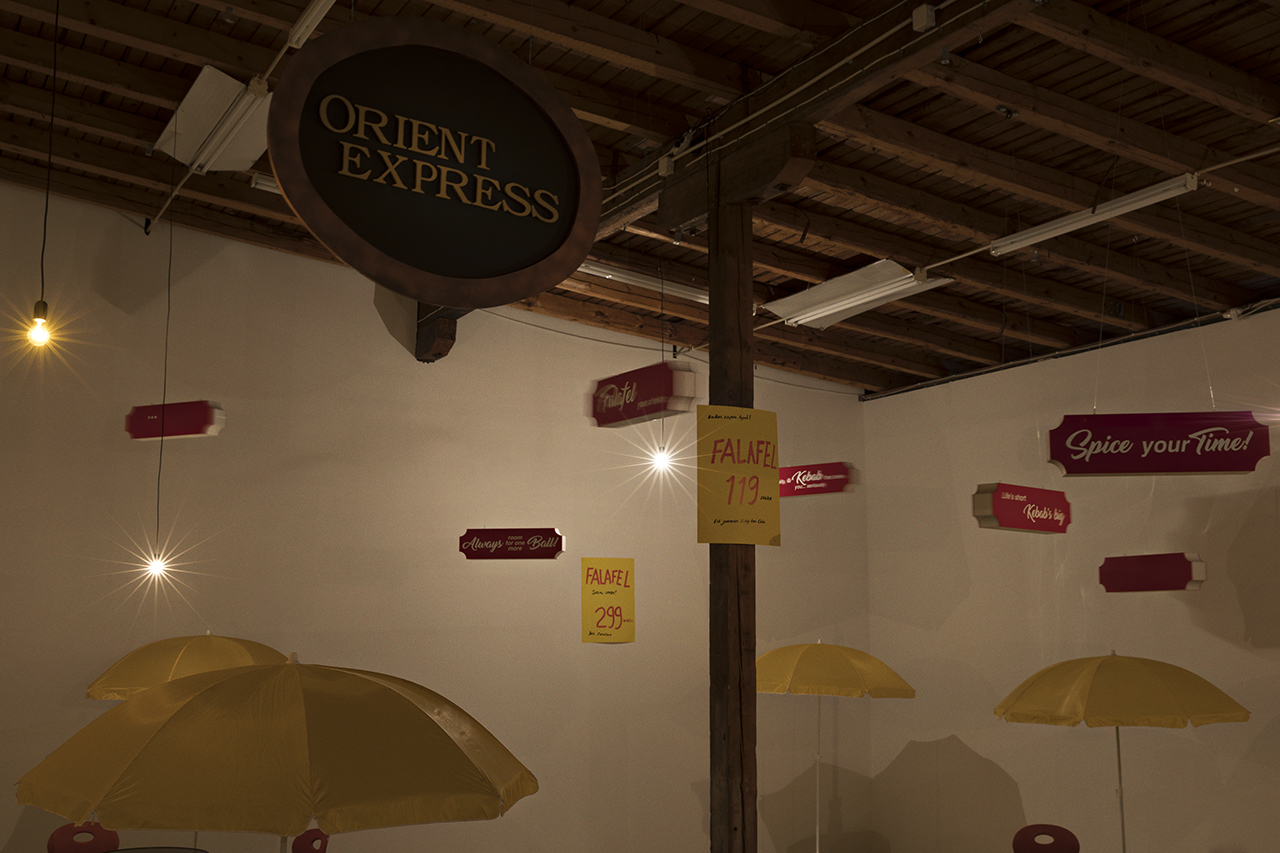 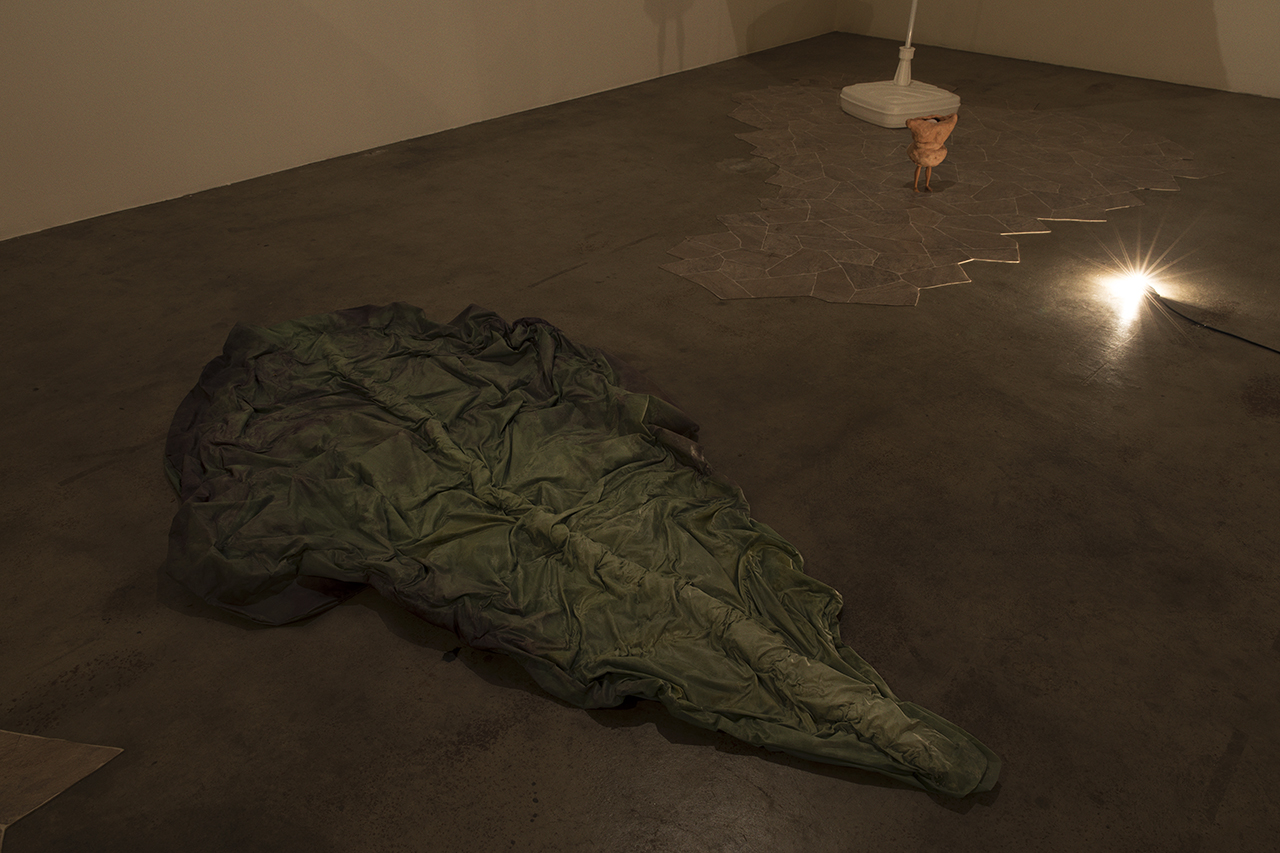 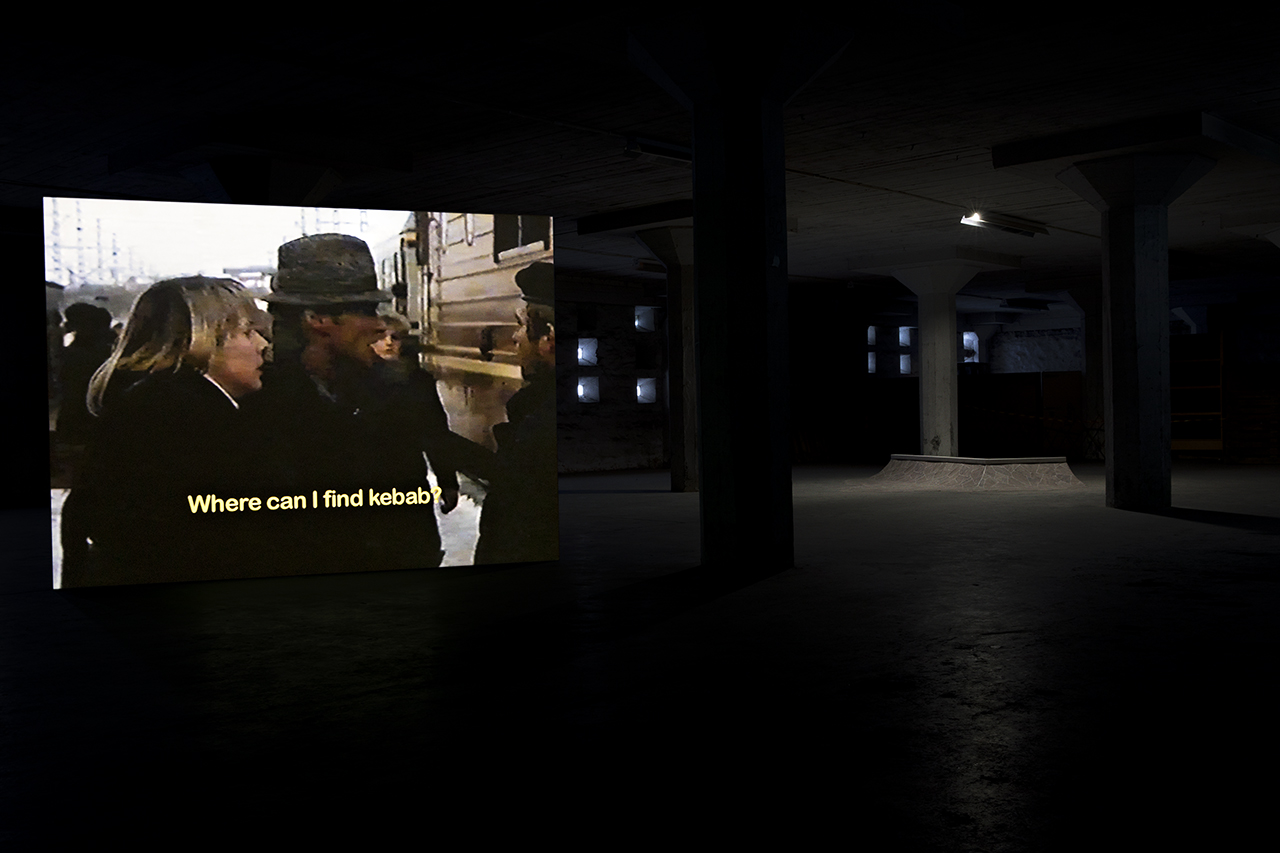