Oops Hoops, was a participatory performance inspired and structured by the format of escape room games, and was developed for Kreuzberg Pavillion’s IS IT A GAME? In Oops Hoops audiences entered in small groups (max. 8 people) at a time, with a time limit of 30 minutes each, and were responsible for unfolding the different scenes the performance was composed of. Upon entering, the audience was instructed to rescue the toddler-like cast of performers, from their solipsist realities where they were stuck in awkward behavioral loops. The minimal idiosyncratic and repetitive verbal clues, music, and choreographies presented to the audience allowed for “jumping through hoops” as a form of dysfunctional collective escape entertainment.

Oops Hoops took place in a setting Lucinda Dayhew specifically created for it. The setting and the performance mirrored each other as they both consisted mainly of repetitive loops, twists, knots and doughnuts. Dayhew’s installation also featured contributions from an additional group of artists whom Dayhew and Maimon had invited with the assignment to “make a doughnut”, suitable to use in the game. As such, the whole project was formed through several layers of collaboration, much like the game itself that could not be solved without the entire audience group participating. 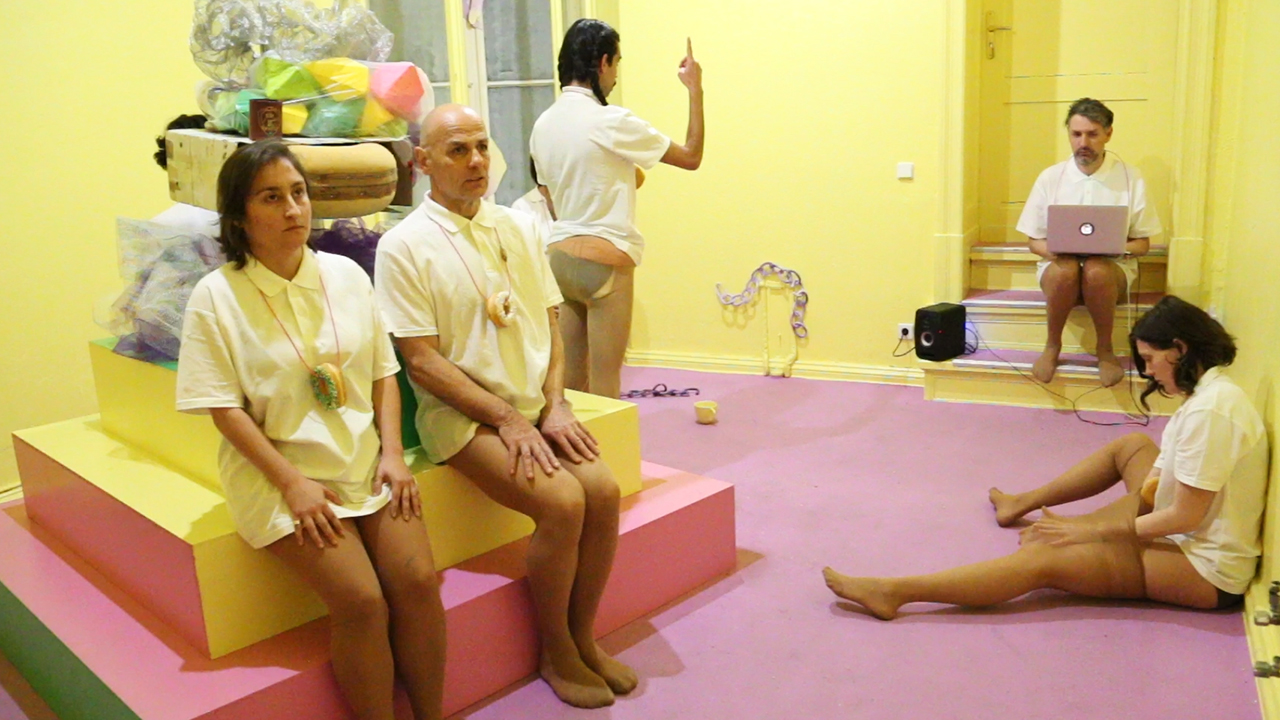 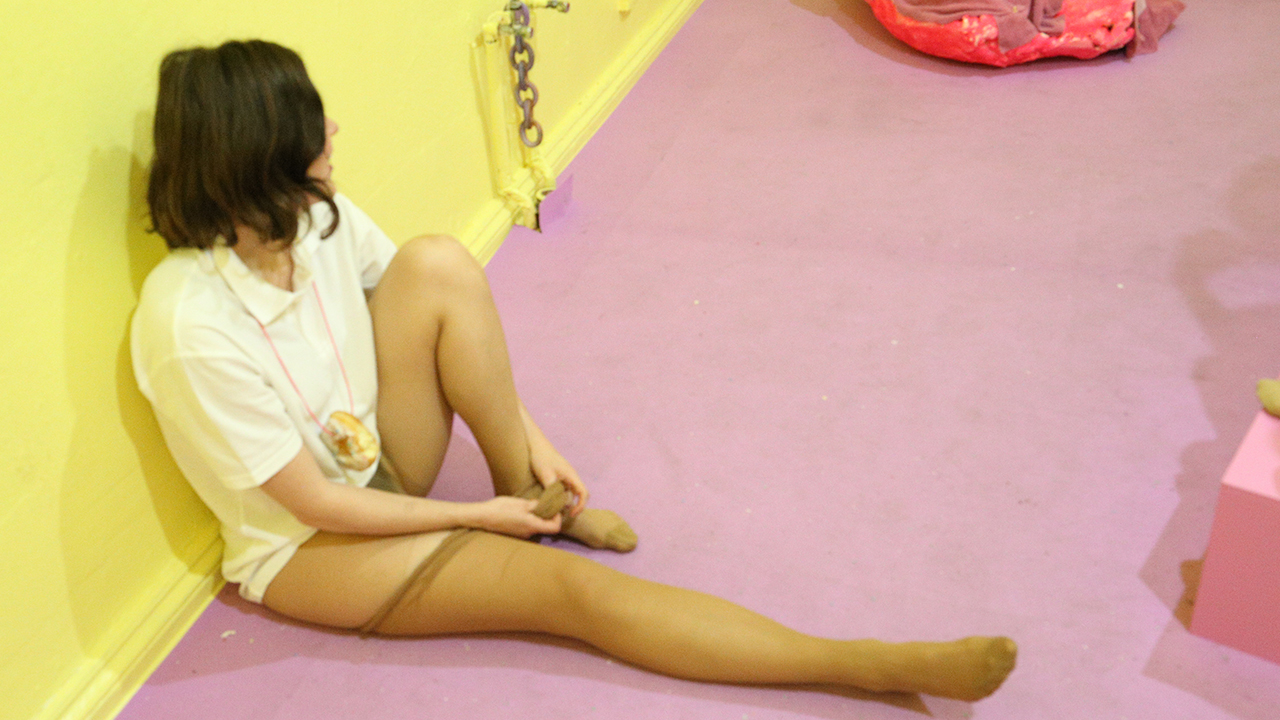 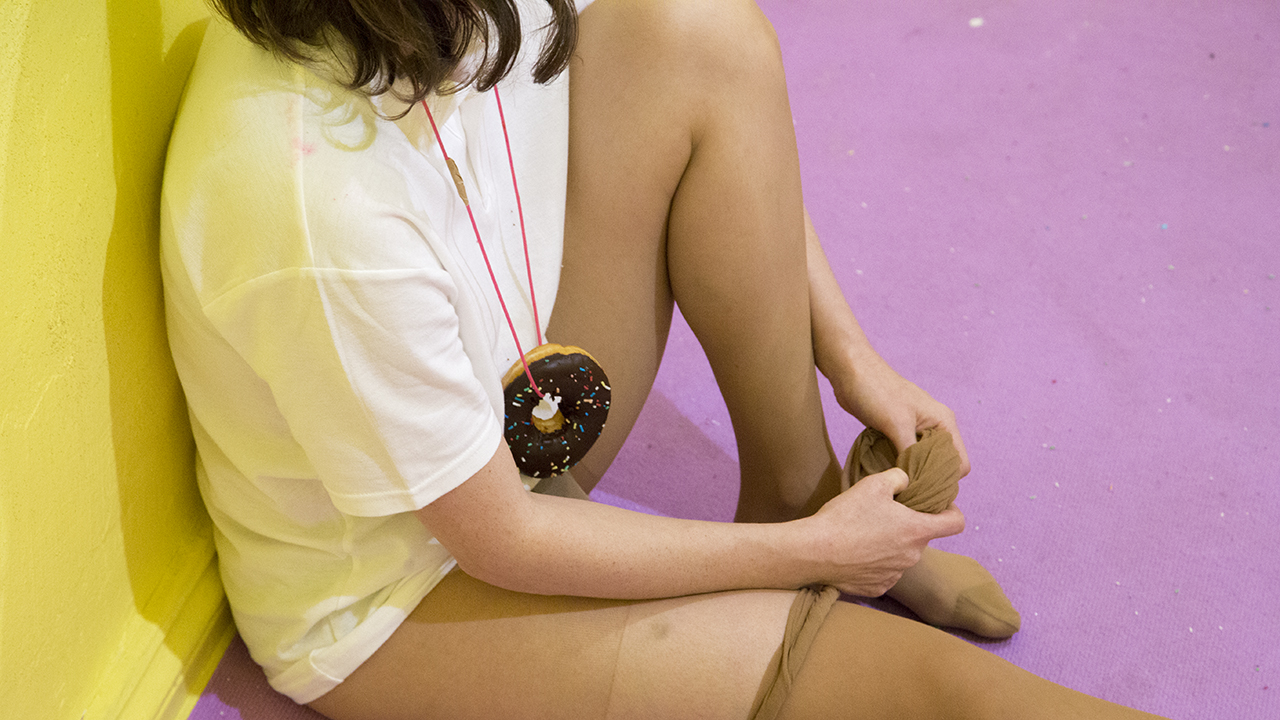 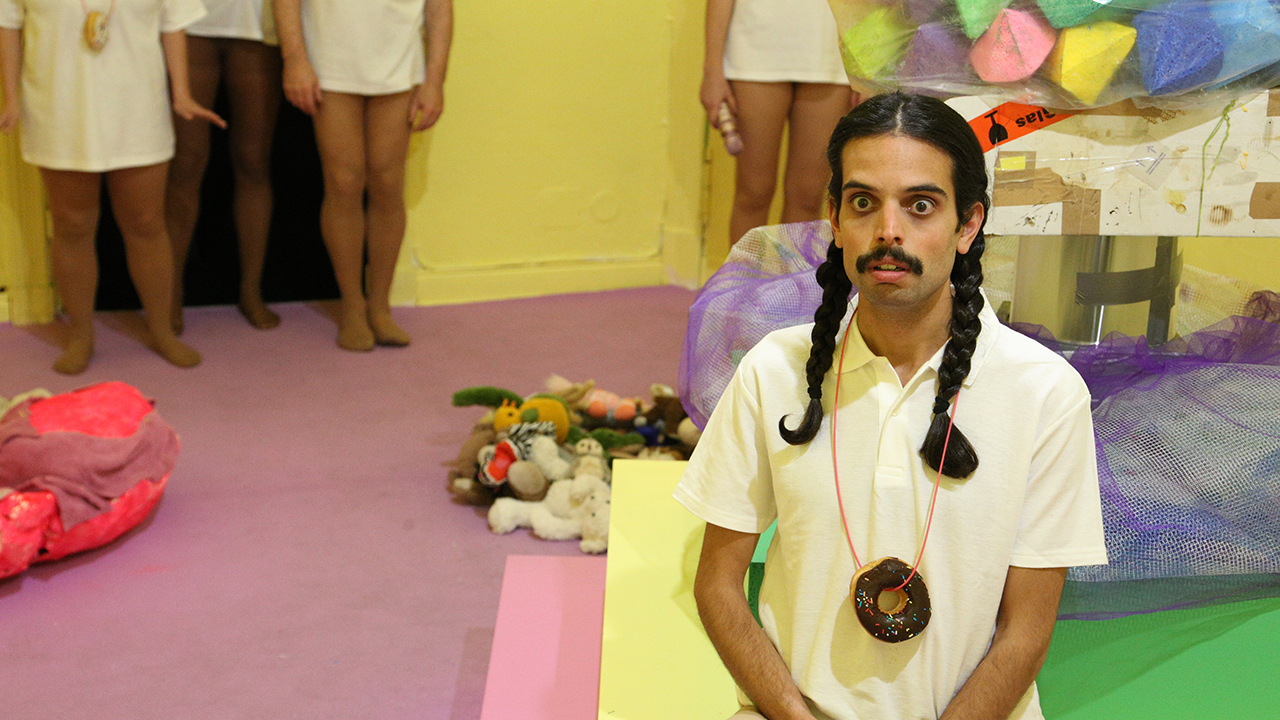 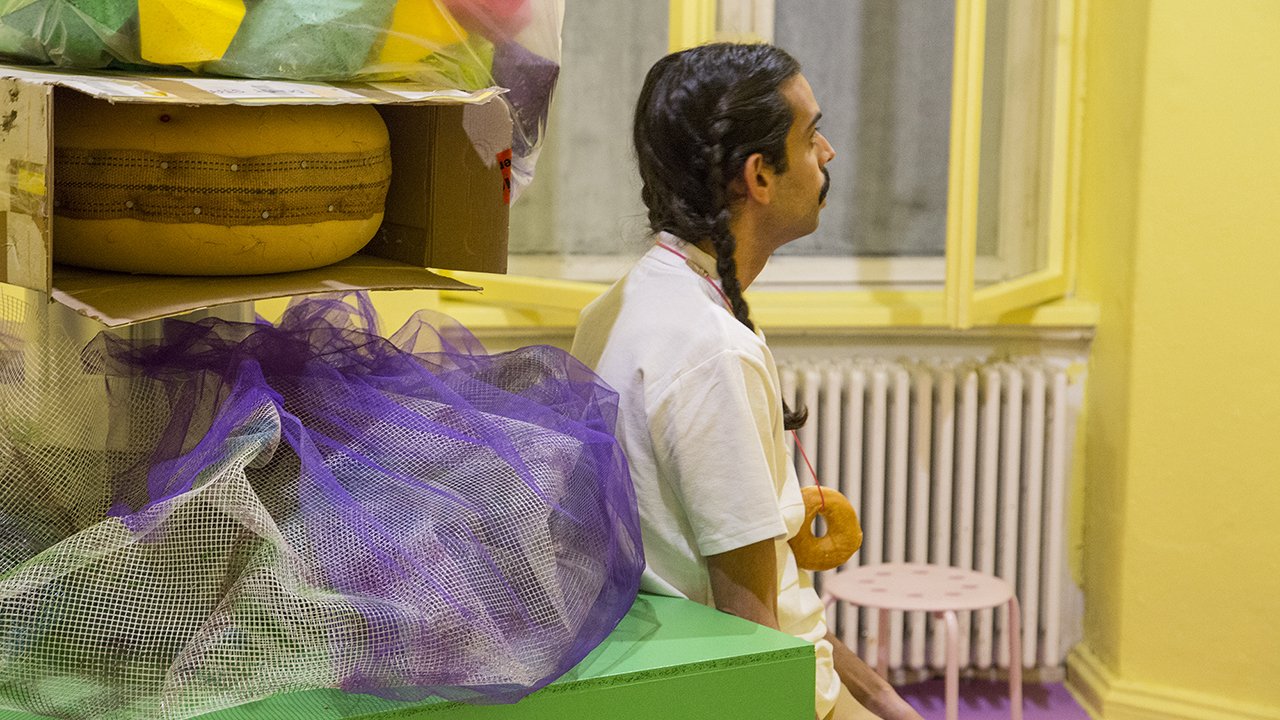